Showcasing the collective achievements that contribute to a positive and well informed community.

We host interviews and tell short stories of non-profits, businesses, and dynamic individuals who are doing great things to positively contribute to the community.

I Hope listeners get more plugged into the amazing things happening right here in their own community. 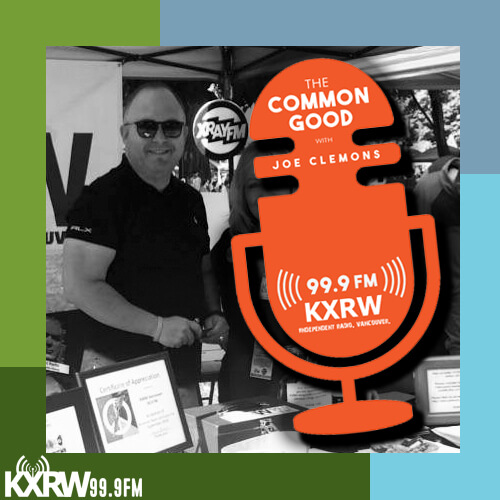 Joe Clemons is the creator, host, and producer of The Common Good, a monthly show that showcases the collective achievements of our community through stories and interviews that contribute to a positive and well-informed community.  A native of Florida, Joe has resided in the Pacific Northwest in Southwest Washington for the past 7 years.  His passion for the community and those who are doing great things drives his desire to help tell the untold stories of sacrifice and good work that contribute to our overall commonwealth.

Entering its 37th year, The Community Foundation for
Southwest Washington connects people who care with causes that matter.
And this helps them to do more good with the resources available. Their
mission is simple: Inspire a Culture of Giving to create a vibrant and
engaged community.

Today we welcome Community Foundation for Southwest Washington’s President,
Jennifer Rhoads to talk about Give More 24!

Imagine what it would feel like if you had enough money to survive a medical emergency or a short time out of work, or if you had enough money set aside to pursue your dreams or retire without worrying about money. In this episode, we’re happy to introduce Julie Grandstaff who has literally written the book on how to do just that.

Julie is the author of Save Yourself – Your guide to saving for retirement and building financial security.

As
we emerge from the Pandemic, we’re seeing statistics that show a surge in
substance abuse across the Nation. And
as you might imagine, recovery can be even more challenging in this
environment.

My guest this week is Dr.
Eowyn Rieke. Dr.
Rieke is the Outpatient Medical Director at De Paul Treatment Centers. Dr. Rieke joins me today to share insight on
what the impact of the post-pandemic world may have on substance abuse and/or those in remission from substance use
disorder, the challenges they may face, and how we as society can help.

The Common Good | Relay for Life

Relay for Life is a
community-based fundraising event for the American Cancer Society and many
other Cancer related institutions, societies, and associations. Each
year, more than 5,000 Relay for Life events take place in over twenty
countries. And this includes an event right here in our own community!

In this episode, I am pleased
to welcome the Relay for Life Committee Co-Chairs Lisa Houser and Libby
Mongue-Wymore to learn more. More details about Clark County’s Relay for Life fundraising event can be found atclarkcountyrelay.org and on Facebook @clarkcowarelay

My guest this week
is Adam Kurtz, owner of Fusion CBD. CBD
tinctures and related hemp products are helping people in many ways and a
growing number of people are discovering the health benefits of CBD without the
side effects of THC. Together Adam and I
explore the world of CBD, what it is, what it isn’t, and dispel some common
misconceptions.

On Nov. 24, 1971, a middle-aged man known only as “D.B. Cooper” hijacked a Boeing 727 class jet between Portland Ore. and the Seattle-Tacoma International Airport. The mysterious man held hostage the fate of the flight, its 36 passengers and six crew members. He parachuted over Southwest Washington from the rear of the airplane with $200,000 tied to his body. Although a few bundles of eroded 20-dollar bills were found years later, Cooper and the rest of the money never were.
Written by Dan Wyatt Jr., WSU alumnus and owner of Kiggins Theatre, “The Skyjacker” seeks to make sense of the Cooper story. This performance considers Cooper’s exploit with research, creativity and historical imagination.

This performance of “The Skyjacker” will be the first time a performance is offered simultaneously on multiple radio stations. Previously, Re-Imagined Radio offered live re-enactments of classic radio dramas at the Kiggins Theatre in downtown Vancouver, Washington.

“Many people do not think much of radio these days. We hope to change that thinking. Radio, whether through the atmosphere or internet, is precisely positioned to provide community PIE—participation, interaction and engagement,” said John Barber, Re-Imagined Radio’s leader and WSU Vancouver Creative Media and Digital Culture Program faculty member. “PIE is good in the face of the limitations we all endure because of the pandemic. Stay home, stay safe and listen to Re-Imagined Radio on the radio.”

In the second half
of our show, we’re joined by Susan Bladholm, Founder and President of
Friends of Frog Ferry.  Susan joins the program to
talk about the recent completion of a Ferry Feasibility study that was just
published that encourages the launch of passenger ferry service in Vancouver
and Portland. 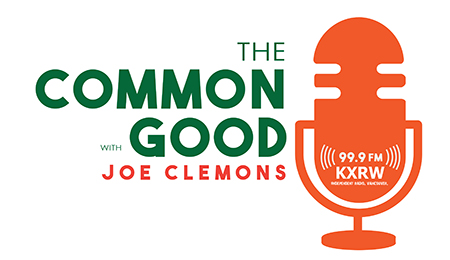 Our first guest this week is Maury Harris.  Maury is the Senior Communications Officer for Community Foundation for Southwest Washington.  Entering its 36th year, The foundation connects people who care with causes that matter.  Today, we’ll highlight our region’s largest giving event scheduled for later this week – Give More 24.
In the second half of our show, we’ll be joined by Jaelyn Sotelo, Washington State Ambassador for the Campaign for Tobacco Free kids.  Jaelyn shares her story as a young person contributing to great things in our community.

We are committed to sharing knowledge and information to build a stronger community, based on inclusion, diversity and social justice in Southwest Washington and beyond.

Sustaining Members are our backbone

Your donation will provide equipment upgrades and needed on-air talent/producer training. Monthly operational costs to keep KXRW sustainable; and provide the ALL OVER GOOD FEELING that comes with giving Vancouver a voice on our local airwaves and beyond!

We call this show The Common Good, because we know there is much that contributes in a positive way to the Common wealth of our community.  Unfortunately however, there are times when we need to – get comfortable with being uncomfortable.  On this program, we believe that Black Lives Matter.  We believe that we do have systemic racism.  Period.  We can work to make progress – but we have to do it together.

My first guest this week is Barb Seamen who recently covered two events that represent the massive support the community has in the fight for diversity, equity, and inclusion of black, indigenous, and people of color.  That overwhelming show of support and solidarity is starkly contrasted by the words and actions of a relative few who work to undermine any progress through willful ignorance and a flat out refusal to listen.  This is a vivid reminder of just how much work we still have left to do, and encourage everyone to listen more, speak less, and get comfortable with being uncomfortable.

The second part of the program is the second in a two-part series highlighting Re-Imagined Radio.  In this episode, we are joined by Dr. John Barber, faculty with The Creative Media & Digital Culture Program at Washington State University Vancouver and founder of Re-Imagined Radio.

The show this week comes to you live from the comfort of Joe’s home studio, broadcasting over
the telephone.  Like you, we’re doing our
part to support physical distancing to help stop the spread of COVID19.  And even though we’re six feet apart, we’re
closer than ever in supporting the health and safety of our community.

Joe’s first guest this
week is Jeff Shapiro with Community Connection.
Their mission is simple:  “to bolster the capacity,
cooperation and financial resources of local service programs.”   Joe and Jeff talk
about one of Community Connection’s latest successful programs – a mobile shower unit – filling a huge need for the community.

In the second half
of our show, Joe is joined by John Chapman and Beth Sale with Villages
Clark County.  John and Beth explain how
Villages Clark County supports seniors by giving them the assistance that allows
them to independently and safely stay in their homes and avoid having to move
into an Assisted Living Facility.

The news is flooded with so much negative content.  Yet I find in our local community, we are surrounded by amazing people doing some pretty amazing things.  I thought, we have a great commonwealth and from there, The Common Good was born.  – Joe Clemons